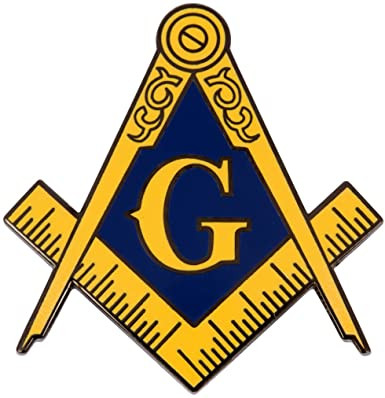 Howard was born on October 26, 1951, in Conneaut, OH, the son of the late Russell H. and Mary E. (Brooks) White.  He graduated in the Northwestern Class of 1969.  He married his high school sweetheart and best friend for over 50 years.  Linda and Howard did everything together.  It was rare to find one without the other.  Howard co-owned How-Rich Farms with his brother, Richard, and enjoyed farming all of his life.  After selling How-Rich Farms, Howard drove a semi for H.O. Wolding, and he retired in 2016.   He was currently driving school bus for Krise Transportation Services at the Northwestern School District.

Howard was a member of the Grace United Methodist Church of Albion and was a member of the Masonic Western Star Lodge #304 F& AM.  He was also an active member of the Cherry Hill Grange which he belonged to both the National and State Granges.  He was an avid Penn State Football Fan, and in addition to watching Westerns like The Rifleman and Yellowstone, some of his other pastimes included tending to his garden, chickens, and purple martin houses.  His

latest hobby was making maple syrup.  He was such a loving and giving person and usually the first one to volunteer and to help out someone in need.  Even though he was a quiet man, he loved fiercely.  He would do anything for his kids and grandkids.  However, nothing compared to the enjoyment that he had watching his grandchildren in their sporting events.  Howard was truly one of the good ones.

He is survived by his wife, Linda L. (Hoover) White, and a daughter, Carrie Allen and her husband, Nate; and his son, Dale White.  He is also survived by his two sisters; Joyce Stewart (Alfred) of Gulfport, Mississippi and Shirley Nelson (Robert) of Springcreek, NV and his brother, Richard White (Teena) of Cape Girardeau, MO and his Aunt Eleanor White of Conneaut, OH.  Also surviving are three grandchildren:  David and Jonathan White and Chloe Allen and several nieces and nephews.

Friends and Family are invited to call at the Jean Evans Thompson Funeral Home at 11883 Main Street, East Springfield, Pa on Monday, May 9, 2022 from 2 to 4 with a Masonic Western Star Service at 6 p.m. followed by viewing until 8 p.m. with a Life Celebration Service on Tuesday at 11 a.m. at the funeral home with Pastor Mark Hurst of the Grace United Methodist Church, officiating.  Burial will be in Springfield Cemetery at the convenience of the family.

Memorial donations may be made in Honor of Howard to the Western Star Masonic Hall Assoc. ATT:  Thomas Boyer, P.O. Box 34, Albion, PA 16401 and to the Northwestern Football Boosters, 100 Harthan Way, Albion, PA 16401.

To plant memorial trees or send flowers to the family in memory of Howard White, please visit our flower store.

Linda and family so sorry for your loss. You all will be remembered in our prayers.
May he Rest In Peace!

Dear Linda, it is with heavy hearts that we try to express our deepest sympathy. Howard was truly a wonderful man and we considered ourselves fortunate to call him a friend. For you, Carrie, Dale, your families, and also the White families, the light that Howard projected toward every person will return to you in the memories of family and friends. Time will turn the tears to smiles. May God give you comfort at this sad time.

Dear Linda,
We are so sorry to hear about your loss. Howard was indeed a wonderful husband, father and friend. Anyone that knew him will feel his loss.
Our thoughts and prayers are with you and yours.
Rick and Terry Weldon

Our thoughts are with you, Carrie, and Dale. Howard was an incredible man and he was so loved.

So sorry for your loss Linda and family may your memories help heal you at this difficult time.

Thinking of you all. There just aren’t words. We love you.