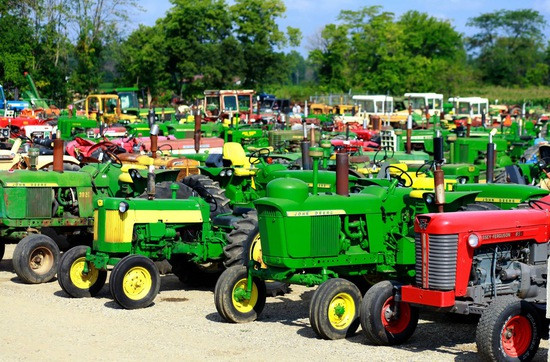 John R. Shank, Jr. age, 84 a former resident of Erie and Fairview Manor and currently, Conneautville, where he was residing at the Rolling Fields Nursing Home, passed away quietly in his sleep Sunday night, April 24, 2022.

John was born in Cleveland, OH on May 22, 1937, the son of the late John R.  and Alma (Grande) Shank, Sr. and he retired after 43 years at the Ohio Rubber Manufacturing Plant.  He served in the U.S. National Guard and he enjoyed fishing, hunting, farming, going to tractor pulls at the local fairs and the tractor auctions.

Besides his parents, he was preceded in death by his wife, Judy of 22 years and two sisters, Pat and Sandra.  Also a brother, Robert Shank and a step-brother, David Muetzel.

John is survived by his son, John S. Shank and his wife, Leonor; and his daughters; Chris Hyde and her husband, Morris and Cheryl Rickrode and her husband, Michael.  He is also survived by his sister, Renee Lee and husband David;  his brother, Bill Shank, and a half-brother, Jon P. Shank and his significant other, Kevin Byers, and two step-brothers, Michael and Donald Muetzel, step sister Marilyn Muetzel.  John is also survived by five wonderful grandchildren, Morris Jr, Mike , Brian, Steven and Adam,and four great grand- children  Illyana, twins Michael Jr and Gabe and Theo. Also several nieces and nephews.

The family of John Shank, Jr. would like to take this opportunity to personally thank the wonderful staff at both the Fairview Manor and the Rolling Fields Nursing Home for the wonderful care and great help they all gave our dad during his stay with them.  They really made his last years and days very calm and peaceful.  Thank you, again.

Services will be private at the convenience for the family.

To plant memorial trees or send flowers to the family in memory of John Shank, Jr., please visit our flower store.

We will miss his smile and laughter. The whole family are in our thoughts and prayers!!!

A candle was lit in memory of John Shank, Jr.

No service information has been added.